“Tactile object understanding and cortical reorganization in the blind” 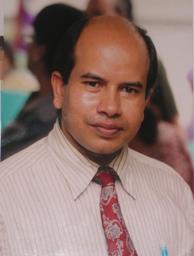 a world dominated by sight, and how to address these challenges effectively. My post-doctoral studies were designed

to fill this gap by investigating how people perceive and characterize objects, and by determining whether the tactile

perception of object properties is affected by the early visual experience. To understand tactile perception and tactile

beauty, what is appreciated, liked, or preferred, and why, is of prime importance for the improved functioning of

visually impaired people and the ergonomic design for their environment, which so far,   has been examined only in

We addressed these questions in a large-scale behavioral study, followed by fMRI experiments in congenitally blind,

to the sighted, blind people showed better skills in tactile discrimination as demonstrated by accuracy and speed of

discrimination. We further demonstrated a large overlap and characteristic differences in the perceptual and aesthetic

judgment brain networks in the blind people compared to the sighted. Although both groups commonly recruit the

deprivation but is especially dependent on the onset time of such deprivation. Understanding of the underlying brain

mechanisms should have a wide range of important implications for ‘cutting-edge’ rehabilitation technologies.