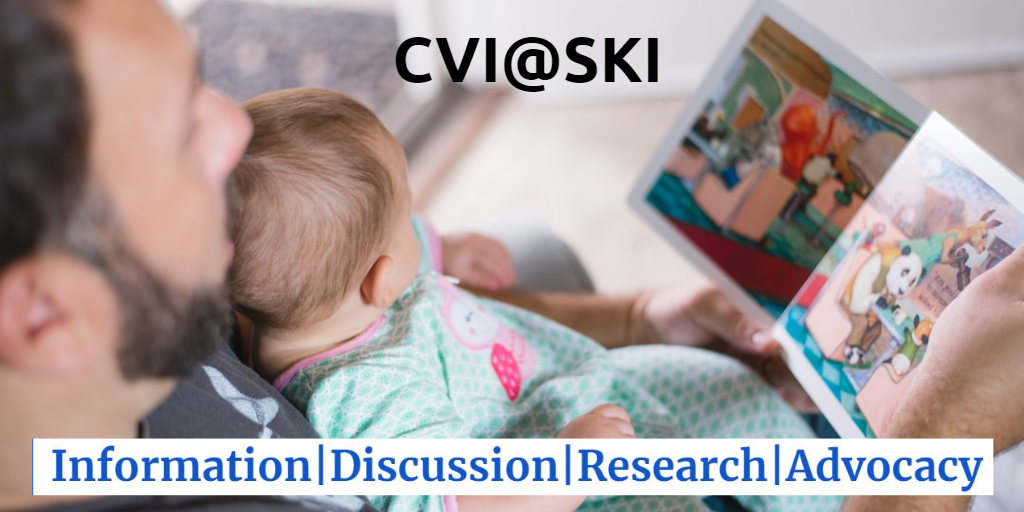 We meet regularly in San Francisco to learn, support, share and advocate for children with CVI.

Cerebral (sometimes known as Cortical) Visual Impairment is an overarching term covering a wide range of visual and perceptual visual impairments resulting from injury or dysfunction of visual pathways. While CVI can be caused by a wide variety of factors, most common is a lack of oxygen to the brain shortly before, during, or shortly after birth. CVI can be difficult to diagnose, as the eye itself may have average to near average vision. Children with CVI tend to have vision that improves over time, as their neuro pathways are elastic and can create alternate pathways to process the information perceived by the eye itself. Early diagnosis for CVI can be especially helpful as it speeds family support and professional intervention, allowing children to take advantage of learning environments that suit their needs and expand their capacity to process visual information.

Join us as we foster collaboration between parents, teachers, and researchers to support

--expand evidence based interventions for home and school

--and cultivate a robust community of support for children with CVI worldwide.