Anticipation and its troubles 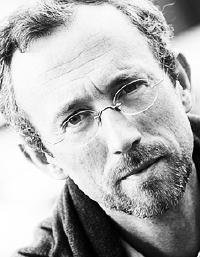 A short reaction time is necessary for survival in a rapidly changing environment, and anticipatory actions are often initiated before the occurrence of an expected event. In the oculomotor domain, it has been shown that anticipatory eye movements are based on an internal representation of elapsed time. The timing of eye movements has been studied in the Rhesus monkey at the behavioral and electrophysiological levels (Badler and Heinen 2006; Heinen et al. 2005; Janssen and Shadlen 2005; de Hemptinne et al. 2007), making it the perfect model to study the biological bases of movement timing in general. In this talk, I will present electrophysiological evidence from my work supporting the hypothesis that the Supple-mentary Eye Fields play a specific role in the planning of anticipatory eye movements (Missal and Heinen 2004; de Hemptinne et al. 2008). Moreover, the influence of NMDA receptor antagonists (ketamine and memantine) on the perception of elapsed time and anticipatory responses will be presented (Ameqrane et al. 2015; Brûlé et al. in prep). I will conclude by discussing the complex relationship between temporal preparation and impulsivity in humans and particularly in Major Depression Disorder (Hsu et al. submitted).