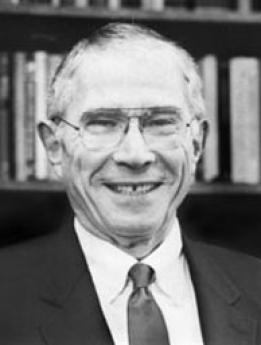 Arthur Jampolsky, MD, was a world-renowned surgeon and scientist for his contributions to ophthalmology, specifically strabismus and binocular vision. Originally trained as an optometrist, Dr. Jampolsky became an ophthalmology resident at Stanford, and, in 1959, when Stanford moved its medical school from San Francisco to Palo Alto, Dr. Jampolsky had a nationally recognized research program established in San Francisco. At the California Pacific Medical Center, he served as an Officer of the Medical Staff, as Chief of Ophthalmology, was one of the co-founders of the Medical Research Institute, and is Founder of The Smith-Kettlewell Eye Research Institute. He was the author of over 300 publications in peer-reviewed medical journals, 57 chapters in texts; co-author of a strabismus text (Ocular Deviations); and co-editor of Clinical Applications of Visual Psychophysics. He has presented approximately 50 honorary-named lectureships on six continents. Over 150 fellows and some dozens of residents have been taught and influenced by him.